1 –  It ended…………… Mehmed I emerged as the sultan and restored Ottoman power, bringing an end to the Interregnum, also known as the Fetret Devri in Ottoman Turkish.

2 –  …………. bad relations between the latter Byzantine Empire and the states of western Europe, the majority of the Orthodox population accepted Ottoman rule as preferable to Venetian rule.

3 –  It also flourished economically due to its control……………. the major overland trade routes …………. Europe and Asia.

4 –  Suleiman the Magnificent (1520–1566) captured Belgrade in 1521,……………the southern and central parts of theKingdom of Hungary as part of the Ottoman–Hungarian Wars,and, after his historical victory in the Battle of Mohács in 1526, he ……………Turkish rule in the territory of present-day Hungary and other Central European territories.

5 –  ……………….further advances by the Turks in 1543, the Habsburg ruler Ferdinand officially recognized Ottoman ascendancy in Hungary in 1547.

6 –  But ………….these difficulties, the Empire remained a major expansionist power until the Battle of Vienna in 1683, which marked the end of Ottoman expansion into Europe.

7 –  This period of renewed assertiveness came to a calamitous end when Grand Vizier Kara Mustafa Pasha in May 1683 led a huge army to attempt a second Ottoman siege of Vienna in the Great Turkish War of 1683–1687.

8 –  Samuel Morse received his first ever patent for the telegraph in 1847, …………..was issued by Sultan Abdülmecid who personally tested the new invention.

9 –  In 1861, there were 571 primary and 94 secondary schools for Ottoman Christians with 140,000 pupils in total, a figure that vastly exceeded the number of Muslim children in school at the same time,……………. were further hindered by the amount of time spent learning Arabic and Islamic theology.

10  –  The Second Constitutional Era began ………..the Young Turk Revolution with the sultan’s announcement of the restoration of the 1876 constitution and the reconvening of the Ottoman Parliament. 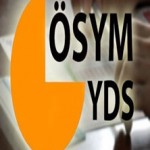