A general election will be held in Turkey next year. (passive)

They will hold a general election in Turkey next year. (active)

As seen above, we use will be + past participle to form the simple future tense passive.

1 A new hospital / open / in town next year.
2 New financial sources / create / to improve education in the country.
3 A new terminal / build / at Atatürk Airport in the next few years.
4 The flock / herd / into the sheepfold by the shepherd soon.
5 The educational expences of the children of poor families / meet / by the government.
6 In the new budget year public spending expenditure / cut / by five percent.
7 Income tax rates / reduce.
8 Since my mother is ill, the washing-up / do / by my dad.
9 The construction of the metro in İzmir / copmplete / within two years.
10 When / the patient / discharge?
11 Who / the future / polish / by?
12 An announcment / make / at he end of the conference.
13 Who do you think / appoint / as prime minister by the President to form the new government.
14 How / all these pieces of furniture / load /into the truck?
15 A park / not build / here?
16 the children / inoculate / against tuberculosis this year?
17 What kind of food / serve / at the reception?
18 When / the construction of the bridge over the Dardanelles / start?
19 When / martial law / lift.
20 Unfortunately a lot of trees / uproot / in order to build the airport.

Exercise 2. Change these sentences into the active voice.

1 A prescription is written out by a doctor.
A doctor writes out a prescription.
2 This building is heated by central heating.
3 The highway between İzmir and Aydın was completed two monthsa go.
4 Our garage has been built by my uncle.
5 Mary is going to be delivered by the director.
6 The furniture will be delivered tomorrow.
7 The bacteria in milk can be killed by boiling it.
8 The road to the station is being widened.
9 When I arrived, the wounded were being carried into the ambulance.
10 After the suspect had been questioned, he was released.
11 The restoration of the tower will have been completed by the end of the year.
Useful pattern sentences

When will the project be completed?
It is said a suspension bridge will be constructed over the Dardanelles. 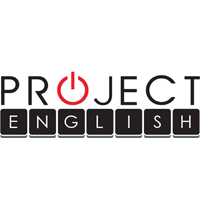