The board has just been cleaned. It is clean now.
subject

A girl student has just cleaned the board. It is clean now.
object

As seen above, we use has been / have been + past participle to form the present perfect passive.


Exercise 1. Make sentences in the present perfect tense passive, using the words given.


1 the classrooms already / clean / by the caretakers.
2 your car / service / yet?
3 an agreement / not make / about Cyprus yet.
4 they have been doing something to clean the Bay of İzmir, but it / not clean / yet.
5 the dead man’s property / not shared out / amongst his family yet.
6 this programme already / televise / in several countries.
7 the police have been trying to catch the murderers who escaped from prison for a week, but they / not find / yet.
8 the arrangements fort he wedding / make / yet?
9 they say that since the beginning of the year about 25 thousand cars / import / from European countries.
10 / the same machinert / use / in this factory for years.

The board has been cleaned by the student on duty.
Have the letters been typed yet?
The İzmir Metro hasnt been copleted yet.

1 Describe what has been done to make Turkey a developed country since the Turkish Republic was founded.

2 Describe what has been done to improve education in the country in recent years.

3 Describe what has been done to increase agricultural production and productivity in the country
for the last fifty years.

Look at the example

When the firemen arrived at the site, the fire had already been put out by the locals. (passive)

The fire was put out by the locals and then the firemen arrived at the site. (active)

As seen above, we use had been + past participle to form the past perfect.

Exercise 2. Restate the following in the passive.

1 When we moved to this town, they had already completed the construction of the metro.
When we moved to this town, the consturction of the metro had already been completed.
2 The cleaners hadnt cleaned the classroom by the time students arrived at school yet.
3 They had repaired my car before the rain started.
4 Before we arrived at the cinema, they had closed the doors.
5 After they had made an announcement, the police started to search fort he suspects throughout the ship.
6 Fortunatly, they had evacuated the old building just a few minitus before it collapsed.
7 People had taken the wounded to hospital before the police arrived at the site.
8 They had restored this historic clock-tower by 1995.
9 Somebody had stolen my motorbike while i was at work.
10 They hadnt planted these olive trees by 1990.
11 When I entered the examination room, they had just handed out the question sheets.
12 The surgeons had already operated on my father when I arrived at the hospital.
13 Since they hadnt given any information about the cancellation of the match beforehand, the spectators were very angry.
14 After they had made all the arrangements, the visitors started to arrive.
15 When the day of the wedding came, they stil hadnt sent some of the invitions cards.
16 By the time the manager phoned, the secretary had typed all the letters.

When I returned to the garage, my car had already been serviced.
Adnan Menderes Airport had been opened to air traffic when we moved to İzmir.
What had been done before the dovtor arrived? 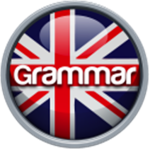