1 ) ………… nearly a year of intense activism with few tangible results, the movement began to deteriorate.

A) Since
B) Although
C) Because
D) After
E) Just as

2 ) Beginning in 1936, he attended Phillips Academy in Andover, Massachusetts, ………….. he held a large number of leadership positions including president of the senior class, secretary of the student council, president of the community fund-raising group, a member of the editorial board of the school newspaper, and captain of both the varsity baseball and soccer teams.

3 ) …………….. a result of the loss, Reagan replaced his campaign manager, reorganized his staff, and concentrated on the New Hampshire primary.

4 ) ……………… the early 2000s the number of practicing Catholics have been reported to be declining in millions throughout the world.

5 ) …………. the Church teaches that Christ is present in the Eucharist, there are strict rules about who may celebrate and who may receive the Eucharist in the Catholic Church.

6 ) Catholics, even ………….. they were in danger of death and unable to approach a Catholic minister, may not ask for the sacraments of the Eucharist, penance or anointing of the sick from someone, such as a Protestant minister, who is not known to be validly ordained in line with Catholic teaching on ordination.

7 ) Sacred Tradition consists of those teachings believed by the Church to have been handed down …………. the time of the Apostles.

8 ) Stokely Carmichael was a separatist and disagreed with King’s plea for racial integration …………. he considered it an insult to a uniquely African-American culture.

A) because
B) while
C) sothat
D) provided
E) as well

9 )…………….  the Church teaches that Christ is present in the Eucharist, there are strict rules about who may celebrate and who may receive the Eucharist in the Catholic Church.

10 )  The Eastern Catholic Churches are either groups of faithful which have restored full communion with the Bishop of Rome, ……………….. preserving their identity as Eastern Christians, or groups with which full communion has never been broken. 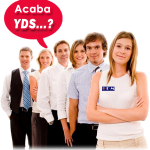