Panda is the name for two nocturnal Asian mammals: the red panda and the giant panda. The red panda, also known as lesser panda and cat bear, is found at high elevations in the Himalayas. It resembles a raccoon but has a longer body and tail and a more rounded head.
Its thick fur is rust colour to deep chestnut, with black on the under parts, limbs, and ears. The red panda spends much of its time in trees but feeds on the ground, eating primarily bamboo leaves but also fruit and roots. The giant panda superficially resembles a bear. The body is chiefly white, and the limbs are brownish black, with the dark colour extending up over the shoulder. The ears and eye patches are black. Giant pandas live in restricted areas of the high mountain bamboo forests of central China; their diet consists entirely of bamboo shoots. Rare in the wild, they produce young poorly when they are not in their natural environment. Giant pandas are protected by law in China.

1. It can be understood from the passage that —-.

A) all the nocturnal mammals in China arecalled panda

C) there are no pandas in China for the time being

D) the under parts, limbs, and ears of the giant panda are all white

A) giant pandas do have breeding problems in captivity

B) the red panda is also called raccoon in the Himalayas

C) the giant panda never spends its time in trees

E) bears and pandas can live together in their natural environment

3. It can be inferred from the passage that —-.

A) though they share a name, red and giant pandas are not alike in many

B) the number of the bamboo forests of China is decreasing

Answer the questions according to the reading article 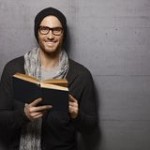 Many women in Western society, aware of the power of names to influence identity, are aware that choosing how to identify themselves alter marriage can be a significant decision. They may follow the tradition of taking their husband’s last name, hyphenate their own name and their husband’s, or keep their birth name. One fascinating survey reveals that a woman’s choice is likely to reveal a great deal about herself and her relationship with her husband. Women who take their husband’s name place the most importance on relationships. On the other hand, women who keep their birth names put their personal concerns ahead of relationships and social expectations. Female forms of address influence others’ perceptions as well. Research conducted in the late 1980s showed that women who choose the title Ms give the impression of being more achievement oriented, socially self-confident, and dynamic but less interpersonally warm than counterparts who prefer the more traditional forms Miss or Mrs.

1. According to the passage, women who take their husband’s name —-.

A) are achievement oriented

B) give importance to their relationship

C) are considered somewhat selfish by others

D) are usually the dominant partner in themarriage

E) don’t like to be called by the title Ms

2. We conclude from the passage that the names and titles women choose after getting married —-.

A) actually reveal a lot about themselves

B) concern others, especially their husbands, a great deal

D) have caused a great concern in Western societies since 1980s

E) show whether they are successful or not

3. it is stated in the passage that women who use the title Ms —-.

A) are generally very warm and sensitive

B) tend to be traditional in their outlook regarding marriage

C) like to show that they are more achievement oriented

D) are somewhat considered as selfish by others