Complete the passage with the correct paragraphs which follow. There is one more paragraph than you need.

THE BUSINESS OF SPORT

Sport in the market place has been taken to its limits by what is politely called “Corporate Hospitality”. It is also called, rather less politely, the “Company Binge”. In its more extreme forms it demonstrates at least three of the seven deadly sins, Pride, Sloth and Gluttony.

The freeloaders are primarily interested in a day out of the office, in being able to say they have been to a “prestige event”, and in being able to booze at their shareholders’ expense. They are not really interested in the sport itself. There they are, about a hundred of them, at an important race meeting, stuck in a tent about 20 metres away from the track, their salmon lunch digested, and launched upon their tenth case of champagne. Three uniformed girls go round collecting their bets so that the corporate guests, having spent a morning fighting their way through traffic jams, can now watch the race on television monitor screens.

Of all the money-men in sport, the best-known and the richest is Mark McCormack. Mr McCormack launched himself on his career when he signed up Arnold Palmer back in 1959. That year, aged 30, Palmer earned $60,000. Two years later, McCormack had raised Palmer’s annual income to $500,000. By then there were Arnold Palmer tearooms in Tokyo. McCormack did not sit on his hands. Every year he travelled 10 times the circumference of the globe. He signed up the top players in every sport to be represented by his IMG, International Management Group. He created events such as the World Match Play golf championship. More importantly, he raised the income of tennis and golf championships, events much sought after by television world-wide.

Not everyone likes the activities of Mr McCormack, just as real racegoers and tennis fans are not too keen on the company tents in which the champagne flows like water. The Office of Fair Trading has been concerned about the question of monopoly, that IMG handles both ends of the market, the event and the competitor. One critic has remarked: “Sport at the top is almost completely show business – the cult of the individual, more money and less sportsmanship, more emphasis on winning.”

When it comes to appearance money, who gets what is usually a well-kept secret, but a women’s 3,000 metre race held in England in 1985 shows what happens. The race was staged very late in the evening so that it could be shown live on American prime-time television. The highest-paid runner, Zola Budd, was a white South African whose participation was likely to cause a minor riot in view of the world-wide ban on South African participation in international sport. For her publicity value, Miss Budd was paid £90,000. In the race, she came in fourth.

Mark McCormack defends himself. He points out his effect on the game of golf, saying: “We’ve improved the game. We’ve take the British Open live to Australia and Japan and helped put up the prize money, I wouldn’t be presumptive enough to say I’m a saviour, but I’ve contributed.” He goes on: “I’m accused of multiple interests, but if I didn’t take the risks, for example with the world matchplay golf, there would be no event. I’ve not been secretive. I don’t pretend we don’t own certain aspects of golf.” He protests that he is accused of being ruthless, but he says that he is much more up-front than most. From his point of view, international federations don’t care about sport, they care about control.

The point has to be that McCormack sees sport as a marketable commodity first, foremost and last. Commercial efficiency is what matters. He is quite clear what that means for the Olympic Games. He says that the Olympics should be open.

Whatever McCormack says, the truth of the matter may be that money in sport creates more money, not better sport. For example, an Italian football club is reputed to be ready to pay £18 million for a British player. Will that make its matches any better to watch? 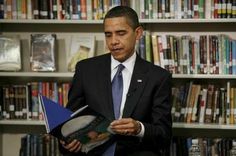 A. Thus, it may be said, athletes who take drugs in order to enhance their performance do so simply in order to boost their “appearance money”, their value to the organisation, not in order to get their names in the record books.

B. The question ought to be what is good for the public. Some people want control for its own sake, and seek their own goals under the guise of being pure.

C. Even more absurd is the company marquee at Wimbledon: the company may have only ten Centre Court tickets, but they invite 50 to lunch. Guests are shepherded to and from the court in shifts so that they can each see a few minutes of play. Such an event may please those who like to stuff strawberries, cream and champagne, but it is not too satisfying for the person who only came for the tennis.

D. In 1973, Wimbledon’s profit on the open championship was under £60,000, with television rights producing 15 per cent. Ten years later, the surplus was £4.5 million on a turnover of just under ten million.

E. They should include professionals. There’s nothing wrong with that. The Olympic problem is its sham.

F. Not only that, but athletes both amateur and professional have been accused of taking performance-enhancing drugs. It does not matter whether they are paid or not. It still brings sport into disrepute.

G. At the Wimbledon tennis championships, for example, corporate guests will get through 15 tons of strawberries. When you reckon that the caterers sell about 100gm of strawberries, with cream, for £2, you get some idea of the money involved. Overall, corporate entertainment in Britain is now a £50 million industry.

H. Wouldn’t it be more interesting, more real, more fun to go and stand in the mud at the side of the pitch in your local park and watch a couple of amateur teams battle it out?

I. The winner was an American, Mary Slaney, represented by IMG, who was paid £54,000. The second and third in the race, Cornelia Burki of Switzerland and Ingrid Kristiansen of Norway, received £2,000 between them.