The London Times reports that a Spanish tax inspector boarded a Mediterranean cruise ship incognito. He sought to check whether the returns made by the cruise company, in respect of food and drink consumed, tallied with reality. He put on his brightest holiday clothes and went aboard. Two things followed quickly. First, his disguise was found to be inadequate; he was discovered immediately. Secondly, it happened that the ship had a large number of British holiday-makers aboard. These merry jokers forced him to walk the plank. While he was swimming around in the water, some of the merrier girls dived in after him and merrily removed his shorts. We may feel sorry for the poor fellow, who was only doing his job, but the story does show that tax collectors are as unpopular now as they were in the days of Robin Hood or George Washington.

Tax inspectors are universally unpopular, not simply because they collect money, but because they are the greatest of all bureaucrats. They put their little restrictions upon every aspect of ordinary life. In Britain, if you drive a friend to the station, babysit for the neighbours, fix a car engine in exchange for a bottle of whisky, or make a pot of jam for charity, then technically, you have become a part of the shadow economy. The estimates of the size of the shadow economy vary greatly, from two per cent to 15 per cent of the national income, the difference in Britain of between four and 54 billion pounds. The best estimate puts it at around five per cent. One of the reasons for the difference is the definition which is used. The black economy is only the darkest side of the picture. For example, the shadow economy runs from voluntary work for charities, to barter between neighbours, to housework. But it also takes in handling stolen goods, tax evasion, and working while drawing welfare payments.

One area of growth of the shadow economy in Britain has been household employment, and services to help the working mother. Clearly, no one pays their window-cleaner by cheque, not if they want to see him again. But, more importantly, in the last 25 years, as married women flooded out to work, they have begun again to do what their grandmothers did, to pay others to look after their homes and children. This area of home help has become a deep grey as far as the tax authorities are concerned. In general, the shadow economy becomes pitch black once money changes hands, in used notes: for example, when we pay each other for child-minding rather than taking it in turns to run a playgroup.

While the tax authorities have their beady eye on payment in kind, there may be another distinction, between regular work on the one hand, and occasional, irregular favours on the other. Even so, it would seem that moonlighting, the second job, the odd extra evening work, is what makes up most of the shadow economy. A more useful distinction lies between the trivial and the substantial. There is a lot of difference between giving someone a regular lift to the station in the mornings, perhaps in exchange for some help with the petrol bill, and loaning him a company car which is not declared on his tax returns.

A large proportion of the shadow economy might not be liable to tax anyway. Small traders, for example, prefer cash as much to avoid office work as to cut their sales tax. But, at the bottom end of the scale, even very small cash earnings can cause trouble to the unemployed. The reason lies in the speed with which unemployment support benefits are withdrawn if even small amounts of money are earned. Conservative politicians are always saying that a large proportion of Britain s unemployed are earning a healthy living in the shadow economy. With three million officially, and four million unofficially, out of work, they are more likely to be picking at bones rather then living off the fat of the land.

The shadow economy may be essential to the health of the country. Of course, tax enforcement is necessary, but snooping is not and that is where one loses sympathy with the Spanish tax inspector. There needs to be a balance which can possibly be achieved by limiting the state s legal interest in small sums, the taxation of which is more expensive than the revenue collected. 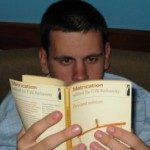 Select the most suitable answer

A. He was travelling incognito.

B. The passengers were British.

C. His disguise was penetrated.

D. He was disliked.

A. They were playing at being pirates.

B. The ship was under construction.

C. To prove he was sober.

D. Because he was a tax inspector.

A. They persecute people.

B. They have no sense of humour.

C. They send us forms to fill in.

D. They are petty-minded.

A. When people exchange services.

B. When cash changes hands.

A. Works at night, in the dark.

B. Has a second job, apart from his main work.

C. Works for himself, as self-employed.

D. Runs a nightclub or disco or other entertainment.

A. Earning a good living in the shadow economy.

B. Eking out a bare living.

C. Being investigated by bureaucrats.

D. Living off the fat of the land.