Catastrophes at sea and in the air make grim headlines: they represent a great deal of sorrow for the families of the dead and injured. Why do they occur? Terrorists plant bombs, as in the case of the destruction of the American airliner over Lockerbie in Scotland. Pyromaniacs light fires, as in the case of the ferry, Scandinavian Star, sailing from Norway to Denmark. In the week following that tragedy, there were two other cases of fires on board ferries: on one plying between Wales and Ireland, and on another between Portsmouth and Cherbourg. In both of them, a man died.

Clearly, fire is a commonplace hazard, and a very dangerous one, at sea. Talking after the Scandinavian Star had been towed into the small port of Lysekil, a Swedish police spokesman made it clear how awful if had been. He said: “The toll from the blaze that engulfed the ferry south of Oslo fjord is still officially 75 dead and 60 missing but about 100 bodies have already been taken off the ship and as many as 50 to 100 could still be on board. People tried to save themselves in the cabins and they are lying in big piles and it’s difficult to figure out how many there are. There are a lot of children.”

In the immediate aftermath of such catastrophes reports of inadequate safety measures circulate. On board the Scandinavian Star, a fireman said the ferry had only one system to pump and spray water on to the flames and that pumping and spraying had to be done alternately. On a wider scale, newspapers reported once again on the world-wide system of “flagging-out” which means that ships are not registered in the countries where they operate, and where the regulations are strict and expensive, but in places like Panama and Cyprus and the Bahamas, where they are lax and cheap. The Scandinavian Star, although Danish-owned, was registered in the Bahamas.

One of the more outrageous cases came to light in October 1989. A general cargo ship named the Bosun set sail from Hamburg under the flag of the small central American state of Belize. West German police arrested and charged two men, the ship’s British master and its German owner. They were charged with flying a false flag, and forgery of Belize government documents. A police officer said: “Belize was not the latest entrant in the cheap flag stakes; they in fact operate no shipping whatsoever. When we contacted the Belize High Commission in London, they were astonished to learn that a ship was pretending to be registered in their country.”

Rules are laid down for ship safety by United Nations organisations. The rules are strict, and specify that a ship must be built with heat and fire resistant bulkheads, fire doors to passenger and crew areas, sealed cable and air conditioning trunking to block smoke, non-combustible materials and/or sprinkler systems, smoke detectors and alarms, and signposted emergency exits. But all these rules of ship design are meaningless according to an expert from the Nautical Institute. He explains: “The big loophole is the lack of power to test whether these rules are being enforced. The port state is entitled to carry out spot checks on ships to make sure their safety certificates are in order; the lifeboats are all there and don’t have holes in them; and that there are the necessary charts, life-jackets in the racks, and fire hoses in their reels. But they don’t have the power to test whether they all work, or the crews know how to use them. I think the public has a right to be worried.” He goes on to point out that the Scandinavian Star would have been built to a very high design standard. However, it is likely that neither her crew nor her safety equipment could have been checked in the Bahamas before she began carrying passengers.

Why do the shipowners do it? According to the Secretary of the National Union of Seamen, the answer is cost. He says: “The Danish owners of the ill-fated Scandinavian Star could have registered her in Denmark and employed ratings belonging to the appropriate union. These would have been properly trained in fire-fighting and lifeboat drills and been able to communicate with their officers and the passengers in the event of an emergency. The ship would have come under the rigorous scrutiny of the Danish port inspectorate.

“But the inspectors might have insisted on potentially costly modifications and the ratings would have asked for Danish wages and accompanying social benefits. Much simpler (not to mention cheaper) to register her in the Bahamas and at a stroke free the owners from such irksome restrictions. Among the survivors of this horrific tragedy there may be some ideologues who share this free-market philosophy, but I doubt it.” 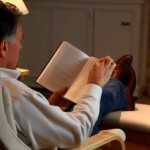 1. Fires sometimes occur on board ships

A. because someone deliberately lights them

B. when there are inadequate safety measures

C. when the crew has not been trained

D. because the safety measures are inadequate ……………

A. is common all over the world

B. means that ships must register

C. is a matter of flying the national flag

3. The Belize High commission was surprised to have a ship registered in the country because

A. they had only just started registering shipping

C. no ships operate under the Belize flag

D. it was the first time forged Belize documents had been used ……………

4 When are the strict rules of shipbuilding ineffective?

A. When the crew is untrained.

B. When the safety equipment does not work.

C. If regulations are not enforced.

5. Being involved in a serious accident at sea is likely to make people sceptical of