Domestic waste is one thing; industrial waste is another. Industrial waste may contain such nasty things as compounds of heavy metals and dioxins and PCBs. Nobody, but nobody, wants that cancerous stuff in their own backyard. So what do you do? According to one man in the business: “It’s simple – you go to Senegal, Djibouti or somewhere like Mauritania, all poor and semi-desert countries. You contact the local authorities and they take you somewhere really crazy, out in the middle of nowhere, just scorpions and snakes. You pay well, and then you start to dig your pit, some 30 metres down, all water-proof and according to US, Swiss and EC regulations. Finally, you can start your shipments.”

In Europe it costs about $500 a ton to dispose of hazardous waste; in Africa, it can cost as little as $2.50 a ton. Like the drugs rackets or the armaments business, the trade in toxic waste frequently involves a man, a telephone and a small office, registered in a country where owners do not have to be named. Payments made to African companies and individuals are sometimes bigger than the entire GNP of those countries. But those payments are not revealed. The business goes on in a sort of twilight zone between the legal and the illegal. The director of the United Nations Register of Toxic Chemicals explains: “What we have seen is the formation of middlemen, a telephone and a company registered in Liechtenstein or the Isle of Man. They know nothing of who is generating the waste, or possibly even what the waste is, but they get import permits in African countries and then go to companies in Europe who have waste to dispose of.” The sums of money involved in the business are astronomical: according to a report in The Independent, an African diplomat in London said he was offered £3 million by a company dealing in toxic waste for an introduction to his country’s president. A proverb from northern England says: “Where there is muck, there is money.” How true!

A typical case is that of Benin. Benin signed a ten-year deal with a Gibraltar-based company to store up to one million tons of industrial waste a year from several European countries. The price was $2.50 a ton, plus local investment. When one considers that the customer will be charged one hundred times as much – $250 a ton – it is quite clear a lot of money is being made by someone, especially over ten years. In this case the company concerned was given a monopoly on waste shipments. It is perhaps worth noting that the average income per capita in Benin is $300 a year and that the country’s annual trading deficit is $125 million. A properly organized waste disposal trade could easily wipe out the country’s national debt. One must suppose, possibly, that the failure of Benin to take a “proper” commercial attitude to the toxic waste business lies in the country’s Marxist-Leninist political system or then, perhaps not. Also from Benin comes the story of the shipment of two shiploads of radioactive waste from France. Reports that it has been buried in an area known for its opposition to the government have been denied by Benin’s president, Matthieu Kerekou.

An interesting case is that of Guinea-Bissau, a place with a population of about a million, a literacy rate of nine per cent, a GNP of $150 million, and a per capita annual income of $170. Guinea-Bissau dropped plans to double its GNP by taking 15 million tons of toxic waste form western countries. The deal was worth $600 million to the country over five years. The price was $40 a ton. However, it has gone ahead with a deal with a Swiss company to take 50,000 tons of toxic waste annually for 10 years. 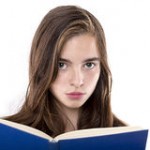 One of the more publicised scandals occurred in Nigeria. It was deal arranged between government departments and an import-export company. The company was registered to “import residues of several industrial processes”. Taking advantage of this broad and imprecise definition, several Italian companies started importing the waste quite legally. As a result, several Italians were arrested in Lagos. The waste was disposed of at Koko, a small port, well away from Lagos and inspection. However, the waste stank. Drums of it became so hot that dockers could not handle them. The smell of the waste affected the whole area. It turned out that the drums contained PCB (polychlorobiphenyl).

The waste which worries people most of all is nuclear, both low-level and high-level waste. You do not have to go to Africa to find it. England has large amounts, and has been dumping low level waste into open pits for more than thirty years, on the coast beside one of the country’s beauty spots, the Lake District. The stuff was tipped loose into trenches dug in the clay soil. When the trench was full, the eight-metre deep trenches were then covered with soil. The water accumulating in them was allowed to run into the local stream, and then into the Irish Sea, a great place to swim, and a great place for shellfish. Now things have been tightened up: all the waste has to be in metal containers, and the pits are lined with concrete.

The comments of the local Member of Parliament apply as much to Africa as they do to the British nuclear industry. He said: “The scandalous length of time it has taken to put this low-level waste site in order does not bode well for progress to the disposal of high-level radioactive wastes. No wonder the not-in-my-backyard attitude persists…”

Well-run or not, would you want a toxic waste dump anywhere near your backyard?

1. The business of disposing of toxic waste requires

A. a large organisation

B. contacts in third world countries

2. The organisers of the business prefer

B. to work on their own

C. to deal with individuals rather then companies

3. For some countries, the amount of money involved would

A. create a positive balance of trade

C. allow them to limit opposition to the government

4. The Nigerian company was able to import PCB toxic waste because

A. it had bribed senior politicians

B. the registration agreement was too vague

C. an import licence had been issued

D. the waste was low-level

5. The problem in England was that

A. a beauty spot was polluted

B. the waste dump was not lined with concrete

C. the waste had been left exposed for too long

D. the low-level waste escaped into the sea