The girls in this sixth grade class in East Palo Alto, California, all have the same access to computers as boys. But researchers say, by the time they get to high school, they are victims of what the researchers call a major new gender gap in technology.

Janice Weinman of the American Association of University Woman says, “Girls tend to be less comfortable than boys with the computer. They use it more for word processing rather than for problem solving, rather than to discover new ways in which to understand information.”

After re-examining a thousand studies, the American Association of University women researchers found that girls make up only a small percentage of students in computer science classes. Girls consistently rate themselves significantly lower than boys in their ability and confidence in using computers. And they use computers less often than boys outside the classroom.

The instructor of this computer lab says he’s already noticed some differences. Charles Cheadle of Cesar Chavez School says, “Boys are not so afraid they might do something that will harm the computer, whereas girls are afraid they might break it somehow.”

Six years ago, the software company Purple Moon noticed that girls’ computer usage was falling behind boys. Karen Gould says, “The number one reason girls told us they don’t like computer games is not because they’re too violent, or too competitive. Girls just said they’re incredibly boring.”

Purple Moon says it found what girls want, characters they can relate to and story lines relative to what’s going on in their own lives. Karen Gould of Purple Moon Software says, “What we definitely found from girls is there is no intrinsic reason why they wouldn’t want to play on a computer; it was just a content thing.”

The sponsor of the study says it all boils down to this, the technology gender gap that separates the girls from the boys must be closed if women are to compete effectively with men in the 21st century. 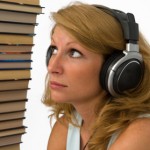 1 In this sixth grade classroom, you would find

A) only boys allowed to use the computers

B) only girls allowed to use the computers

C) no computers in the classroom

D) both boys and girls allowed to use the computers

A) as being uncomfortable using computers

B) as comfortable using computers

C) as experts with computers

3 A small percentage would be

4 Girls seem to find most of the software

A) as too violent

C) as too competitive

5 This year would be included in the 21st Century.