The world ought to be a quieter place. Anti-noise has hit the marketplace. It means, for example, that refrigerators will no longer whine, vacuum cleaners no longer roar, and washing machines no longer rumble. It may even soon be possible to cancel out the low-frequency throb of the teenage stereo blasting its bass through the wall from the flat next door. Already Toshiba has introduced a silent refrigerator. Built into the fridge is a system that silences the hum of the motor by firing anti-noise at it.

There must, however, be a perfect match, otherwise you end up with double the din. Thus anti-noise has had to wait for the microprocessor in order to be effective. The microprocessor can monitor the unwanted sound and respond in milliseconds.

A typical active noise cancellation system has been sold to a railway company in the United States. The company unloads grain from trains by using giant vacuum tubes. These tubes produce as much noise a jet taking off. After installing the system, the noise was reduced to the level of an air-conditioner’s hum. Forty were installed, to the relief of Americans living near railway unloading points.

In the aircraft industry, active noise cancellation is contributing to a revival in propeller-driven passenger aircraft, which passengers disliked because of their noise. The first test flight with an anti-noise system took off in 1989. The system has now move on from research to commercial development, with passengers likely to hear the benefits in a year or two.

In the car industry, conventional mufflers generate back-pressure, which forces the engine to work harder. An active noise canceller removes the need for sound-absorbing chambers, and improves fuel consumption by as much as six per cent. From the point of view of saving fuel, car makers are keen to install the technology. 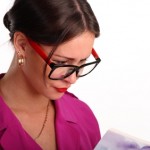 It won’t be long before silent washing machines, fridges and vacuum cleaners are in the High Street shops. Electrolux has signed an agreement to manufacture the technology which should be on the market by 1994.

The trouble is, once you remove one noise, you become more aware of all the others. How will we be able to shut up the sparrows at five in the morning?

1. Which title best suits the passage?

A. Towards a Quieter World

2. Next year, silent devices will be

3. On a pop recording, the bass emits a loud low-frequency

4. What anti-noise does is

A. compensate for noise.

B. react with noise.

5. Anti-noise works by being on

A. the same wavelength.

B. a completely different wavelength.

6. What does the microprocessor do?

A. It checks the sound.

B. It records the sound.

C. It responds to sound.

D. It reacts to low frequencies.

7. After the anti-noise devices were installed, the life of the people living near the railway was

8. Because of anti-noise, propeller-driven aircraft are

A. making a come-back.

9. Cars will have anti-noise devices because they

A. make the streets quieter.