One day, 43 years old, Walter Hudson walked out of the front door of his home on Long Island for the first time in 17 years. He sat down on a specially made concrete chair and told the reporters and TV cameras assembled there, “This is the best day of my life.” A bit unsteady on his feet, having spent the past 28 years in bed, he looked half the man he used to be: that is, he had cut himself back from 600 kilo to just 300.

Although few Americans aspire to Walter’s size, 34 million of them are heavier than they ought to be. So, a few years ago, when Walter fell out of bed and was stuck on the floor until the fire brigade came to help him up, there was some general sympathy with his predicament. Walter explained: “As long as I lay in bed, my size never bothered me. It never even dawned upon me that I couldn’t do what I wanted to until the day I fell and couldn’t get up. That was the complete turn-around that made me want to change my life.” The publicity which resulted changed his life. More than one thousand people contacted him. He set up a hotline to his home, and now spends a lot of time talking to fellow-sufferers. A true American, he has marketed his own brand of powdered food formula called “Bio-Nutrition”.

In the case of the severely obese, drastic answers may be necessary. In America, obesity is seen as an illness, a disease, and treated accordingly. In extreme cases, surgery could be recommended. Surgery was first used in America during the 50s with an operation to short-circuit the small bowel in order to prevent the absorption of fats. Weight was lost but some of the side-effects of the operation turned out to be fatal. In 1981, in Iowa, the first gastroplasty operation was performed. The stomach was stitched across, horizontally, so that only half of it could be used. The latest development, an alternative to surgery, is to have a balloon put in the stomach. There are 20,000 people in America walking around with balloons in their stomachs. The balloon is made of specially prepared rubber, is inflated in the stomach and left there for three months. The big danger is deflation and blockage of the bowels. Otherwise, it’s like having permanently just eaten a ham sandwich. 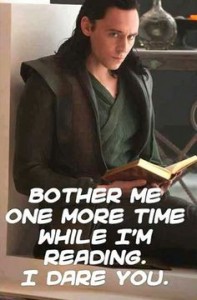 All her life, Barbara Quelch had weighed 140 kilo. She was successful, the director of an advertising agency and the mother of four children. She had made several attempts to lose weight, even going to the lengths of having her jaws wired. She explained: “It was very antisocial and over nine months I cut my weight down by half. However, when my jaws were unwired, I soon returned to my usual weight. I didn’t suffer as much as other fat people. I had a full and happy life. But I got out of breath very quickly, and was tired and irritable a lot of the time. Then I had the gastroplasty operation. I lost weight within days. I could only take fluids for the first two months after the operation, and in the following five months I lost three kilo a week. I still can’t eat certain foods, such as meat and potatoes. Most of my meals wouldn’t fill a saucer. I am often sick after meals, but I don’t regret a thing. I have always wanted to wear modern clothes and now I can go to a shop and choose what I want instead of having to take something because it fits. I am more assertive now. I used to be quieter and didn’t want to do anything in case it drew attention to my figure. Now I say what I like. I don’t care what people think any more. It’s not a miracle. The stomach can stretch again, usually after three years, so it is important to eat small amounts of food, often. If this fails there is nothing else. It is a last resort.”

1. Which do you think is the most appropriate title? Problems of

A. was slim at last.

B. sat in a wheelchair.

3. After Walter fell out of bed,

A. people felt sorry for him.

B. the police were called.

C. the neighbours helped him up.

D. he decided life was better in bed.

4. His life changed because

A. he had a telephone installed.

B. he went into business.

C. people wrote to him.

D. he received a lot of publicity.

5. Surgery was first used to help people lose weight by

A. removing the small bowel.

B. reducing the size of the stomach.

6. People with a balloon in their stomach

A. have to be careful not to eat too much.

B. must see their doctor monthly.

C. can only eat one sandwich.

D. have to be careful to avoid punctures.

7. According to Barbara Quelch, the big problem with having your jaws wired together is that

A. you can’t speak to people.

D. it takes too long.

8. After she had had her gastroplasty operation, Barbara

A. could eat anything she wanted.

B. felt ill a lot of the time.

D. was much more self-confident.