People have wondered for a long time how their personalities and behaviors are formed. Two distinct schools of thought on he matter have developed. The two approaches are very different from one another, The controversy is often referred to as nature and nurture, Those who support the nature side of the conflict believe that our personalities and behavior patterns are largely determined by biological and genetic factors. That our environment has little to do with our abilities, characteristics, and behavior is central to this theory. Proponents of the nurture theory claim that our environment is more important than our biologically based instinct in determining how we will act. They see humans as beings whose behavior is almost completely shaped by their surroundings. Neither of these theories can yet fully explain human behavior. In fact, it is quite likely that the key to our behavior lies somewhere between these two extremes. That the controversy will continue for a long time is certain.

1. One can understand from the passage that supporters of the nature theory believe that —-.

A) environment is important in determining a person’s behavior and

B) a person’s instincts have little effect on his actions

D) biological reasons have a strong influence on how we act

E) there are a lot of similarities between the two theories

2. One point made by the writer in the passage is that —-.

A) heredity is more important than the environment in the development

C) environment is the most important factor in determining personality

D) the behaviorists’ view correctly explains how we act

E) biologically based instincts have very little to do with behavior

3. It is stated in the passage that, according to the nurture theory, —-.

environments in which people develop

C) we are almost completely governed by our instincts

D) human behavior can be predicted based on knowledge of genetics

E) a person’s character is greatly influenced by his environment 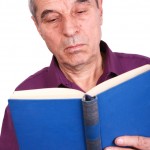 Scratchy throats, stuffy noses and body aches all spell misery, but being able to tell if the cause is a cold or flu may make a difference in how long the flu lasts. That’s because the prescription drugs available for the flu need to be taken soon after the illness sets in although the symptoms can be eased with over the counter medications. As for colds, the sooner a person starts taking over-the-counter remedy, the sooner relief will come. Cold symptoms such as stuffy nose, runny nose and scratchy throat typically develop gradually, and adults and teens often do not get a fever. On the other hand, fever is one of the characteristic features of the flu for all ages. And in general, flu symptoms including fever and chills, sore throat and body aches come on suddenly and are more severe than cold symptoms.

1. According to the passage, knowing the cause of scratchy throats, stuffy noses and body aches —-.

A) reduces the likelihood of catching cold

B) sometimes doesn’t help patients lessen the severity of symptoms

D) will shorten the duration of the flu

E) prevents people from getting infected

2. According to the passage, to combat the flu effectively, —-.

A) the virus which causes the disease has to be identified

B) patients should only use over-the-counter medications

C) one should take the necessary medications upon catching the disease

D) there is no reason to see a doctor

A) fever is the most important feature of a cold

B) flu symptoms are not as severe as cold symptoms

C) the flu can be prevented by the flu vaccine

cold or the flu