The Brazil nut tree is one of the Amazon’s longest living trees, of an age 1,000 years. Its flowers depend on bees for pollination. Once pollinated, a coconut-sized seed containing some tiny 20 seeds, develops for over 15 months before falling to the forest floor. They are found exclusively in Amazon forests since harvesting is exhausting, even for the strong. Apart from bees and the Brazil nut harvesters, the life of many other plants and animals is intertwined with this tree. The empty seeds fill with rainwater and provide breeding grounds for flies, frogs, all of which depend on these small ponds on the forest floor.. The major threat to the trees is forest cıearing. Sustainable harvesting of Brazil nuts is therefore vital way to provide protection of forests and saving the Amazon.

1. We can clearly understand from the passagethat the Brazil nut —-.

A) has been harvested throughout South American countries as it is

beneficial for their economy

B) is only found in Amazon forests because harvesting it requires

C) is the only foo d bees show interest in

2. We can infer from the passage that when considered ecologically —-.

3. It is clearly pointed out in the passage that —-.

A) since the Brazil nut tree only grows in the Amazon, it is the main

attraction of this region 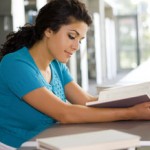 First language, also known as mother tongue, is generally the language a person learns first. However, one can have two or more native languages thus being a native bilingual or indeed multilingual. The order in which these languages are learned is not necessarily the order of proficiency. Incomplete first language skills often make learning other languages difficult. Often a child learns the basics of his or her first language or languages from his or her family. The term mother tongue, however, should not be interpreted to mean that it is the language of one’s mother. For instance, in some paternal societies, the wife moves in with the husband and thus may have a different first language or dialect than the local language of the husband. Yet their children usually only speak their local language.

1. According to the passage, first language skills —-.

A) take a very long time to develop

B) play an important role in learning a new language

C) are not transferable to the second language

D) can also have negative effects in foreign language acquisition

2. We understand from the passage that —-.

A) most bilinguals don’t have a dominant language

C) most children have learning difficulties in acquiring their first language

D) bilinguals use their two languages for different purposes and functions