When the air is clear, the sunset will appear yellow, because the light from the sun has passed a long distance through air and the blue light has been scattered away. If the air is polluted with small particles, natural or otherwise, the sunset will be more red. Sunsets over the sea may also be orange, due to salt particles in the air. The sky around the sun is seen reddened, as well as the light coming directly from the sun. This is because all light is scattered relatively well through small angles, but blue light is then more likely to be scattered twice over the greater distances, leaving the yellow, red and orange colors.

1. As it is pointed out in the passage, the color of the sunset —-.

B) is red if the sky is clear

D) is a combination of all the colors

2. One can infer from the passage that the sunset looks yellow because —-.

C) the light coming directly from the sun is blue

A) our eyes are more sensitive to light with blue frequencies

C) when the sun sets, only the blue light is left

D) the sunset is likely to look orange when small particles, such as salt

from sea spray, are in the air

E) by the time the light from a sunset gets to you, only red light remains

An ultralight airplane is very different from a conventional airplane. It looks like a lawn chair with wings, weighs no more than 254 pounds, flies up to 60 miles an hour, and carries about 5 gallons of fuel. Most ultralights are sold as kits and take about 40 hours to assemble. Flying an ultralight is so easy that a pilot with no experience can fly one. Accidents are rarely fatal or even serious because the ultralight lands so slowly and gently and carries so little fuel. Some models now have parachutes attached, while others have parachute packs which pilots can wear.

A) prefer to fly with ultralights rather than with regular aircraft

B) can weigh up to 250 pounds, depending on the model of the ultralight

D) are reluctant to put their ultralights together

2. We learn from the passage that an ultralight airplane —-.

A) provides the only opportunity to fly affordably

C) is inexpensive but difficult to fly

D) can be put together in a short time

E) is only permitted to be used for private recreational flying

B) ultralight airplanes can remain airborne for more than an hour

Modern scientific and technological developments in the practice of medicine and public health have drawn nursing into new and wider fields of activity, and its functions have been expanded accordingly. Therefore, nursing is no longer limited mainly to activities within the hospital, or to what is called curative nursing. It has become also a community service in which preventive and rehabilitative functions are a vital part of its program. The modern concept of nursing considers the hospital, however central, as only one of many health agencies in the community.

1. As we understand from the reading, today —-.

D) scientific and technological developments can’t improve the quality of

care that is delivered in hospitals

B) hospitals are the only places where nursing care is crucial

D) hospitals are still the most important component of the healthcare

E) nursing shortage has had significant consequences during the past few

3. According to the passage, the nurse’s function has been expanded because of —-.

A) the nurse’s activities in the hospital

B) hospitals, which are the most common work environments for nurses

C) the reluctance of nurses to work in the hospital

E) the progress in science and technology in related fields 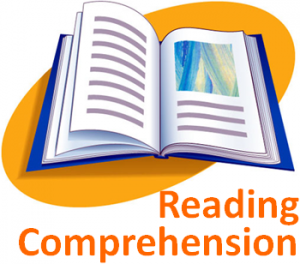