Data from the Pioneer spacecraft of NASA apparently prove the theory that the high surface temperature of Venus is due to an atmospheric greenhouse effect caused mainly by a blanket of carbon dioxide. Such a greenhouse effect is created when energy in the form of sunlight easily passes through a planet’s atmosphere, warms its surface, and is converted to heat radiation that is then held in by the atmosphere from top to bottom. Venus has a relatively thin atmosphere like the Earth’s, but Venus’ atmosphere consists of more than ninety percent carbon dioxide, compared to less than four percent in that of the Earth. Because of its higher percentage of carbon dioxide, Venus’ atmosphere traps much more heat radiation than does the Earth’s. Thus, the Venus studies are believed to be important to the understanding of possible adverse effects on the Earth’s agriculture that could result from the long-term use of fossil fuels, which add carbon dioxide to the atmosphere.

1. According to the passage, data from the Venus study can be used to —-.

A) measure the amount of carbon dioxide in the atmosphere accurately

B) increase the emission of carbon dioxide into the atmosphere

E) determine the topography and the surface characteristics of the Earth

2. We understand from the passage that the atmosphere of Venus —-.

A) is thinner than the atmosphere of the Earth

B) contains much more carbon dioxide than that of the Earth

D) blocks out dangerous rays from the sun

B) the atmosphere of the Earth consists of mainly carbon dioxide

C) the more carbon dioxide in the atmosphere, the warmer the world will

How Does Brain Work?

Theories about how brain works remain a topic ofdebate. It is agreed, though, that the hippocampus, a part of the brain, is undeniably important for memory. When we experience something, the information is sent via our senses to the hippocampus, where it is processed. Scientists believe that brain cells called neurons first transform the sensory stimuli we experience into images in our immediate memory. Then, these images are sent to the hippocampus and stored temporarily in short term memory. In the hippocampus information is organized, and it is during this process that parts of the image of our experience fade away. Finally, certain information is then transferred to long term memory in a section in the frontal lobe of the brain known as the cerebral cortex. Scientists think this process may happen while we are sleeping, but exactly how the information is transferred from one area of the brain to another is a mystery.

4. This reading is mainly concerned with —-.

A) how to improve our memory

E) the importance of neurons in transferring sensory stimuli

5. According to the passage scientists —-.

the brain to another

D) agree on how the brain works

E) still debate whether the hippocampus is important for memory

B) damage to hippocampus doesn’t cause memory loss

D) hippocampus is in the frontal lobe of he brain

E) scientists agree that the hippocampus is important in processing

Fictional stories about people who have extraordinary abilities have always attracted people’s attention. One of them is the story of Vera Petrova, who is able to perceive things with different parts of her skin, and through solid walls. One day she comes into his father’s office and puts her hands on he door of a locked safe. Suddenly she asks her fa her why he keeps so many old newspapers locked away there. Vera’s curious talent is brought to the notice of a scientific research institute and she is given a series of tests by a special commission. During these tests she manages to read a newspaper through an opaque screen and then she describes he figures and colors of a picture hidden under a carpet. During all these tests Vera is blindfold; and, indeed, except when blindfold she lacks the ability to perceive things with her skin. It was also found that although she could perceive things with her fingers this ability ceased the moment her hands were wet.

7. As we understand from the reading, Vera Petrova —-.

A) can only perceive things with her fingers

B) is a curious child

C) is not the only fictional character who has extraordinary abilities

D) fails most of the tests administered by a special commission

E) perceives the objects only when her fingers are wet

8. It is pointed out in the reading that Vera Petrova loses the ability to perceive objects with her fingers —-.

A) when her father first notices this ability

C) after she is given a series of tests

D) as soon as her hands get wet

E) when the object is hidden under a carpet

D) there are several scientific research institutes which examine people

objects with their skin 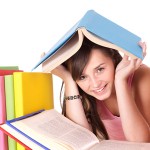 The Bermuda Triangle occupies a disturbing and almost unbelievable place in the world’s catalogue of unexplained mysteries. More than a hundred planes and ships have vanished in this area into the air since 1945, and more than a thousand lives have been lost, without a single body or even a piece wreckage from the vanishing planes or ships having been found. Many of the planes concerned have vanished while in normal radio contact with their base until the very moment of their disappearance, while others have radioed the most extraordinary messages, implying that they could not get their instruments to function, that their compasses were spinning, that the sky had turned yellow and hazy on a clear day, and the ocean, which was calm nearby, didn’t look right without further clarification of what was wrong.

any other heavily traveled region of the world

C) the ships. and the planes couldn’t contact with their base due to the

D) the weather in Bermuda Triangle is always stormy

B) all of the disappearances happened during the day time

C) the Bermuda Triangle mystery was solved in 1945

special means until the very moment of disappearing

E) the ocean floor near Bermuda, highly unexplored, is host to many

B) the mysterious disappearances of ships and planes in the Bermuda

C) the location of the Bermuda Triangle

D) the frequency of the disappearances in the Bermuda Triangle

E) the unpredictable weather conditions in the Bermuda Triangle