Over the past thirty years or so the quality of many people’s lives has deteriorated in some respects because of technological progress. Those people living near airports are constantly assailed by the noise of increasingly larger and more powerful jet aircraft taking off and landing.We have ugly buildings which have sprung up in towns and cities. Some of these are blocks of flats-high-rise buildings built because of the high price of land, which seem more like breeding boxes than houses where people have space to live. Worse still, much of our building effort has been channeled into the construction of more and more large office blocks at the expense of much needed housing for the growing urban population.

A) the quality of people’s lives has declined by technology

B) those people living around airports are happy with their condition

A) so we need to improve technology

B) because the land is expensive

C) but we don’t have much complaint about it

E) which have appeared only in rural areas

A) has negative effects on people’s lives

E) force us to find ways to own land

Answer the questions according to the article. 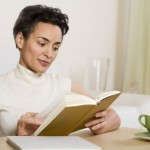 Earthquake is a sudden movement in Earth’s crust which produces vibration. These vibrations may be detectable only by sensitive instruments called seismographs, or else they may kill thousands as they destroy cities. Many earthquakes are caused when rocks move along faults. Severe earthquakes are most common near the edges of the “plates” in the Earth’s crust, such as around the Pacific Ocean, along the mid-Atlantic ridge and in the Mediterranean and South- West Asian regions. They occur when the plates move. So me earthquakes are caused by volcanic action, explosions and other factors, Earthquakes under the sea trigger off huge waves called tsunamis.

A) rocks move when the earthquakes occur

B) seismographs may devastate cities if not detected

D) earthquakes are more likely to happen where there are faults

A) many big cities are founded upon the faults

B) big cities are more likely to confront earthquakes

D) movement of rocks along the faults trigger tsunamis

E) Earth’s most perilous places are the Pacific Ocean, the Mid-Atlantic, South-West Asia and the Mediterranean

3. We can understand from the passage that —-.

A) some of the volcanic blasts are caused by earthquakes

E) faults are created by the detectable vibrations

One can write notes either in the novel one is reading or in a separate notebook. The advantage of the former method is that it doesn’t disturb one’s reading too much; disadvantage is that it spoils a book, it affects one’s second reading of the novel, there is not always too much room for the notes in the book. One way round these problems is to write brief notes in pencil in a novel as one is reading, then to copy these up and expand them in a separate notebook. These also allow one to copy out brief extracts from the novel which strike one as important, and it means that you file for future reference only notes about which you have thought a second time after having finished reading the novel.

A) there is more than one way to take notes

C) taking notes in a separate book has only disadvantages

D) one ‘s reading too much spoils a book

A) writing a novel is more difficult than reading it

B) short notes may be helpful in the future

C) making notes larger is no longer valid for readers

D) one can read either novel or short story easily

E) it’s not practical to read a novel twice

A) the methods of reading a book

B) how to cope with problems of reading a novel

C) the notes that are taken while reading a novel

D) the obstacles during writing

E) how to write a good novel

The novel develops, after the death of Defoe, with S.Richardson (1689-1761), a professional printer who took to novel-writing when he was fifty. Richardson liked to help young women with the composition of their love-letters, and was asked by a publisher to write a volume of model letters for use on various occasions. He was inspired to write a novel in the form of a series of letters, a novel which should implant a moral lesson in the minds of its readers (he thought of these readers primarily as women). This novel was Pamela, or Virtue Rewarded, which describes the defamation made on the honour of a virtuous housemaid by a young man.

1. It can be inferred from the passage that S. Richardson —-.

B) wrote mare than one novel

D) became only an expert printer in his life

E) has an important place in the history of literature

2. We learn that Samuel Richardson —-.

A) aimed at giving moral message to people

B) asked a publisher to write a novel

C) liked being helped by females

D) made chiefly the women read his novels

E) liked to compose his own letters with youngwomen

A) is composed only of defamation made by a man

B) has more than one title

C) explains the causes of defamation

D) intends to give ethical message to men

E) narrates the life of a corrupt person

Aristotle, who lived from 384 BC to 322 BC, taught that the heart contained the intelligence. Except for a few guesses like this, he observed carefully. He described the habits and the bodily structure (anatomy) of many animals, birds and fish. Another Greek, Galen, who lived in the second century AD, performed biological experiments. Both careful observation of living things and experiments are used today in the study of biology. Galen observed and described the internal anatomy of the human body.-He described many parts that he saw in the body. But he was not always careful. He sometimes described what he expected to see and did not look carefully to see what was really there. For centuries after Galen, people studied anatomy from his books instead of trusting their own observations.

A) thinks that it is the brain which contains the intelligence

B) died in his sixties

C) observed only birds and fish

D) is both a great philosopher and a biologist

A) became more successful than Aristotle

B) studied the exterior parts of the body

C) sometimes depended more on his ideas than observation

D) lived in Greece during his whole life-time

E) adapted the works of Aristotle

3. It can be inferred from the passage that —-.

D) Galerrand Aristotle have been influential in the following centuries