The Origins Of Written Literature

The origins of a written literature can be found in most of the civilizations of the ancient world; in India, China, and among the Jewish people whose great work of literature is taken to present. The start of Western literature is the Old Testament of the Bible. Their greatest single contribution was drama, a form of literature that has continued undiminished to the present day. Other literary forms that developed from the time of the Greeks and Romans onwards have been Poetry in its many different styles and forms; the essay; biography and autobiography; and the novel.

A) the ancient world was based upon the written literature

C) Western literature is considered to be constructed upon the Greek

A) has existed since the civilizations of the ancient world

B) is a branch of drama

C) is established primarily on poetry, biography, autobiography and the

D) is separated into two; oral literature and written literature

E) is as old as the Bible

A) holy book Bible is a form of drama

B) although poetry was invented by Greeks and Romans, it was changed

considerably by the Chinese

C) the origin of drama is based upon the Old Testament

D) biography and autobiography are the only branches of Roman and

E) drama has been lasting for centuries contrary to written literature 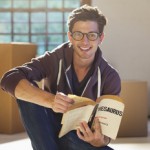 Pride and Prejudice, by far the most popular of all Jane Austen’s novels, requires no detailed description. Jane Austen said of it that it “is rather too light, and bright, and sparkling; it wants shade,” and this is perhaps the reason for its popularity. The precision and vivacity of style carry the reader through the novel with ease and spirit; there is a sparkling life about the characters and rainwashed freshness about the scenery which combine to make this gayest of Jane Austen’s novels, in spite of deeper overtones which emerge when Charlotte Lucas agrees to marry Mr. Collins or when Lydia is discovered to have run off with Wickham with no prospect of marriage. The speed and ski ii with which the author moves into the story is remarkable.

1. According to the passage, Pride and Prejudice —-.

B) is the most famous novel in English literature

C) doesn’t require shade to be understood by the readers

D) is popular due to its vivacity of style

B) Lydia and Wickham become happy after they have married

C) Charlotte Lucas had an unhappy life with Mr. Collin’s

D) Jane Austen doesn’t comment on her own book

E) the landscape of the novel adds lively atmosphere into it

A) that she didn’t write the novel on her own

B) the reasons why Pride and Prejudice is so popular

C) the ugliness of her novel

D) her own skill and ability to affect public