REASON CLAUSES AND USE

Reason clauses answer the question ‘for what reason ?’ or ‘why?’

Owing to the fact that

Due to the fact that

Because of the fact that

In view of the fact that

= Because it was raining raining, we didn’t go out.

I will not go to prison for I am innocent.  (formal / stilted English )

The beach was full of bronzed, bikini – clad bodies for it was now August and the tourist season was at its height.

He doesn’t go out at night for he is afraid.

NOTE : A reason clause can be used before or after the main clause.

Study the use of the reason clauses in the passage.

Murat was the most hardworking student in his class but he became very ill, so he had to stay in hospital for many weeks. As he couldn’t attend school for over 51 days, he was not able to go into the next class. Because his marks were very good, his teacher wanted him to pass but for the days he hadn’t attended school, the teacher was unable to let him pass. Murat was very unhappy since he wanted to move up into the next class very much.

Exercise 1. Answer these questions from the passage.

2. Why was Murat not able to go into the higher class ?

3. Why didn’t Murat’s teacher want to fail him ?

4. Why was Murat very unhappy ?

As seen, we use in case or just in case in the reason clause to express a reason relatiting to a possible future situation.

Other ways to express reason or cause :

=There was a storm which caused the boat to sink.

NOTE : We can also use because of and due to follewed by a noun to express reason.

Study the use of the reason clauses in bold in the passage.

There was an Old Lady Who Swallowed a Fly.

There was an old lady who swallowed a fly. ( Have you ever swallowed a fly ?) Then, guess what! – she swallowed a spider. Why ? Well, she thought it was a good idea for, as everyone knows spiders catch fties. But he spider became a bit of a nuisance because it tickled inside her tummy. So she swallowed a bird (only a small bird) because birds like eating spiders. The bird flew around inside her and the old lady became very uncomfortable. She wondered what she could do about this new problem and she decided to swallow a cat because she thought a cat but she managed it. Things got very bad after that since she had eaten so many animals. Next she swallowed a dog because dogs love chasing cats. Then she swallowed a hose. Now she’s dead, of course!

Exercise 2 . Answer these questions from the passage.

1. Why did the old lady swallow a spider ?

Exercise 4. Fill in the blanks, using the conjunctions because, for or since to make reason clauses.

There is a world – wide energy crisis ….. 1 ….. everywhere the demand for electrical energy is increasing at an unprecetended rate. As industry expands, it needs more and more electricity and .. 2 .. governments must develop their country’s industry ….. 3 ….. it is industrial growth that is viewed as the provider of the higher standart of living which everyone wants, it is governments who have the unenviable task of finding a way to meet this demand. But … 4 … the sources of energy is limited, the choices open to governments are limited too. Electrical energy is generally obtained from thermal, hydroelectric, or atomic power stations. On the surface the solution would seem straightforward; build more power stations. However, in the current ‘greneer’ climate, governments are forced to take environmental issues into consideration … 5 … the unfortunate truth of the matter is that all methods of generating power cause damage to the environment.

This was demonstrated when, some years ago, the Turkish Government started to build a thermal (coal – fired) power station near Gökova, an idyllic area in the south – west of Turkey whose name means ‘a port of the heavens’ . A growing population, a rapidly expanding tourist industry and the local manufacturing industries were all making heavy demands that existing power supplies were unable to fulfil.

Unfortunately thermal power stations usually the most practical means of supplying electricity, are particularly damaging to the environment … 6 … the sulphur dioxide which they emit causes acid rain … 7 … it is proven fact that acid rain destroys trees, environmentalists were quick to point out that the pine forests, which are such an important feature of the area, would soon be no more. And the clean clear blue of the bay, the ‘part of the heavens’ that is here on earth, would, they said, become a polluted hell if the government went ahead with its plans. A protest was launched. The cause was given a high profile, … 8 … the Turkısh media, keen to be seen involved with Green causes kept the issue continually to the forefront of the news.

Eventually public pressure forced the Government to change its mind. Everyone felt the decision had been made, … 9 … it would have been a tragedy to destroy such a beutiful area. But the ugly chimney of the power station still stands, a reminder that the energy crises remains.

Exercises 3 . Answer these questions from the reading passage.

1. Why does industry need more energy ?

2. Why do governments have to find a way to solve the enrgy problem ?

3. What are the usual sources for the suply of electricity ?

4. Where did the Turkish government decide to have a thermal power station built ?

5. Why did the the environmentalist object ?

6. Who helped the cause of the environmentalists ?

7. Why did the government change its mind ?

8. What would you do to solve this problem ? (in your own words)

Study the use of the reason clauses in the dialogue.

Turan and Alp work in Tansaş together.

Turan     Really ? How long have you been looking for another job ?

Alp         Because working in a supermarket is so boring.

Exercise 5 . Complete the dialogue with the conjunctions since, seeing that or because.

Husband      Why are you packing a suitcase ?

Exercise 6 . Rewrite the following reason clauses, using due to the fact that and due to / because of instead of since, as, because and for.

1. Since governments are responsible for providing the necessary power that industry needs, they must try to find a way to solve the energy crisis.

2. Because he had been bitten by a poisonous snake, he was rushed to hospital.

Having been bitten by a poisonous snake, he was rushed to hospital.

3. Because he saw the story in the paper, he believed it.

4. As he was afraid of the dark, he always slept with the light on.

5. Because I was tired, I went to bed early.

6. Since she has a demanding job, she has little free time.

7. Because he had been wounded in the war, he walks with a limp.

8. Because the little boy has lost his teddy bear, he is crying.

9. As they hadn’t been invited, they didin’t go to the wedding.

10. As the car had no insurance, the cost of the accident had to be covered out of their own pockets.

11. As he had been helped with his homework by this mother, he got a high mark.

12. As the dog had fleas they sprayed it with an insecticide.

13. As he had lived in London for six years, he spoke English perfectly.

14. Since they had no alternative transport, they took the slow train to Erzurum.

15. Because this model of car is very economical, it is in great demand.

16. As he wanted, from an early age, to go far in life, he always worked hard at school.

17. Since my cat hasn’t travelled in the car before, she may get frightened.

18. Because he hadn’t been able to get a visa, Ali couldn’t go to Norway.

19. Because he was found with some Roman coins in his possession, Mr Watt was arrested by the airport police.

20. Because she had dialled the wrong number, she quickly apologised and hung up. 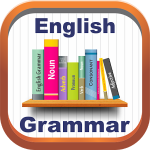 Exercise 5. Rewrite the following sentences, changing the -ing clauses into reason clauses having a subject.

1. Being afraid, I held tightly on to my mummy’s hand.

Because I was afraid, I held tightly on to my mummy’s hand.

2. Having just had a tooth extracted, he was only able to have soup for lunch.

3. Driving a Mercedes, he was able to lose the Russian police in their Skoda.

4. Being afraid of muggers, he avoids Central Park after dark.

5. Having no free time this week, I am unable to visit you.

6. Being so self – opinionated, he is not very popular.

7. Missing too many training sessions, he lost his place in the football team.

8. Failing to qualify, Belgium will not compete in the European Cup.

9. Having been made reduntand, he decided to take a long holiday.

11. Having lost his passport his return to England will be delayed.

12. Not eating properly, her health suffered.

13. Being laughed at, the monkeys became angry and started throving sticks.

14. Being awarded the Nobel Prize, he felt highly honoured.

15. Not wanting to be late for the opera, he took a taxi.

16. Being rather unweel, she was unable to attend the Oscar Ceremony.

17. Having got very high grades his teacher suggested he becomea nuclear physicist.

18. Having a public conscience, he attended demonstrations in support of the striking miners.

19. Having failed to pay the fine, the judge sentenced the man to a month’s imprisonment.

20. Having had serious long – term personal problems, the couple decided to divorce.